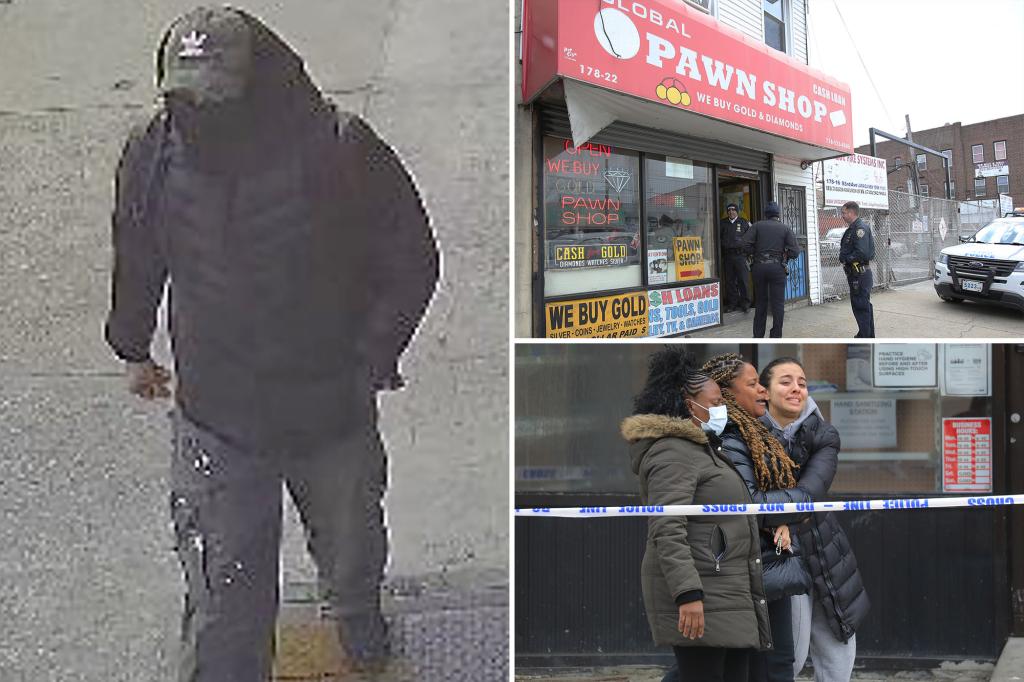 The owner of a Queens pawnshop, who was repeatedly hit in the head with a metal rod, was beaten so savagely that police initially thought he had been shot, officials said. police at the Post on Tuesday.

The savage beating took place around 1pm when the unidentified suspect entered the store and lashed out at the owner – hitting him several times in the head with the rod, police said.

When officers came across the bloodied scene, they initially believed the victim had been shot in the head.

It wasn’t until the store owner was rushed to Jamaica Hospital Medical Center that doctors revealed he suffered blunt force trauma, police said.

The motive behind the vicious attack is still unclear.

Cops have since released a surveillance image showing the suspect near the pawnshop.

The suspect fled west on Jamaica Avenue after the attack, police said.

The suspect is described as approximately 5ft 7in tall, weighing 150lbs, with an average build and medium complexion.