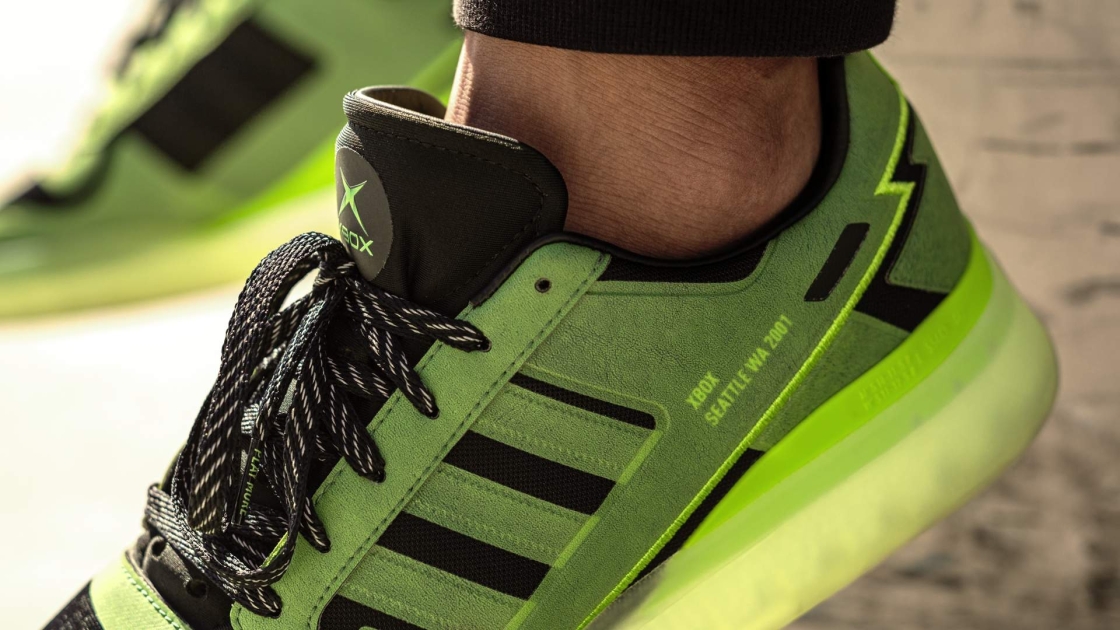 Microsoft launched the first Xbox on November 15, 2001, and the company is celebrating the brand’s entry into its second decade by partnering with Adidas to design custom shoes.

The first shoe born from this partnership will be the Xbox 20th Forum Tech sneaker which features “translucent green details inspired by the release of the original Xbox console special edition for the launch of Halo: Combat Evolved in 2001”. (And no, as some have guessed, the inhumane amounts of Mountain Dew that everyone apparently drank at first.)

Microsoft said the Xbox 20th Tech Forum “balances nostalgia while embracing modern technology and symbolizes how we look at our own Xbox history – celebrating the past 20 years and looking into the unlimited future of gaming.” It also indicates that it will reveal “additional sneakers inspired by generations of Xbox consoles past and present” in the months to come.

Here’s the bad news: It doesn’t look like most of these sneakers will be made public. Microsoft is announcing that it will announce “the very first sneaker available for purchase by our fans later this year” and that people should follow the Xbox on Twitter “to stay tuned for the latest news and ways to win your own pair of limited edition sneakers.”

As a consolation prize, Microsoft decided to go for the old school with the “Always Played In. Never Played Out” program which “celebrates popular gaming eras over the past two decades, through sports, games and the lifestyle and the magic that happens when we all take the time to play. ”You can watch the series’ launch trailer, which is supposed to be reminiscent of skate videos from the early 2000s, below. below.

Recommended by our editors

Oh, and in case anyone is wondering about Microsoft’s decision to partner with Adidas instead of, say, Nike, there’s a good chance it was because Sony and Nike collaborated in the spent on PlayStation-themed sneakers. Nintendo, meanwhile, has partnered with … Vans. It looks like the console war has spread to shoes – that the hottest sneakers are winning.

Get our best stories!

Sign up for What’s up now to get our best stories delivered to your inbox every morning.

This newsletter may contain advertising, offers or affiliate links. Subscribing to a newsletter indicates your consent to our Terms of use and Privacy Policy. You can unsubscribe from newsletters at any time.