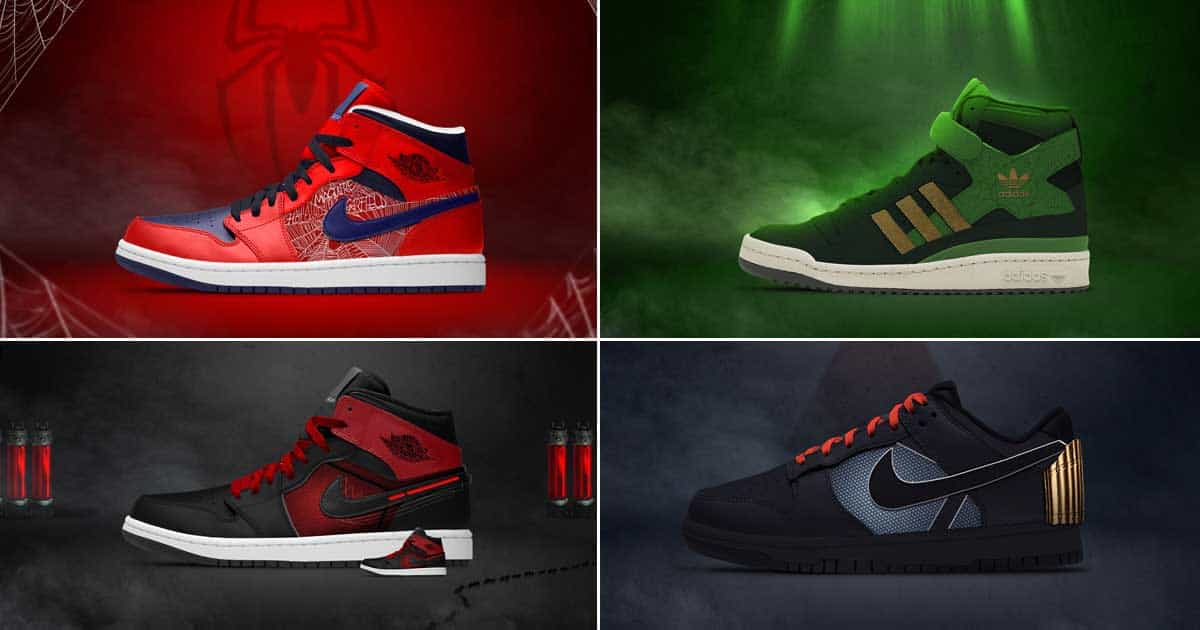 The Marvel Cinematic Universe has widened its wings since the release of the first film, Iron Man, starring Robert Downey Jr., in 2008. Since then, the studio has created 24 films, several series and spin-offs and even opened Avenger Campus. , a theme park based on Marvel. Various talented actors and actresses were chosen for the new superheroes and characters presented by the studio.

Marvel is currently in its Phase 4, which began with the release of Black Widow starring Scarlett Johansson, Shang-Chi by Simu Liu and the Legend of the Ten Rings, WandaVision by Elizabeth Olsen, Loki with Tom Hiddleston and more.

As fans wait to watch their favorite heroes onscreen, they can also look forward to some newly-imagined Marvel-themed sneakers. UK-based store The Sole Supplier has announced a new line of “Super Shoes”. These shoes feature Spider-Man, Ant-Man, Black Widow, and Loki. While the sneakers are not for sale, the concept art takes classic shoes and reinvents them with a touch of Marvel style.

The first pair shows Air Jordan 1s titled “The Spiderverse”. It uses Marvel’s Spider-Man red and blue colors, with collar features and Nike Swoosh elements. The spider web pattern also features the names Tom Holland, Toby Maquire, and Andrew Garfield, the actors who played the clingy superhero. The next pair, “The Lokis” is a rendered version of the green, Loki-inspired Adidas forums.

Next is “The Langs”, which are Air Jordan 1s based on Antman. Finally, the store presents “The Romanov’s”, which are basic black shoes with a mix of suede and leather texture. This pair is inspired by Black Widow and is a version of Nike Dunks.

Even though Marvel fans are used to the merchandise, these sneakers are a fresh take on the franchise. In addition to these exciting concept art shoes, MCU has a lot more in store. The studio will soon be releasing Spider-Man: No Way Home and several other headlines.

Must read: Will Johnny Depp’s Jack Sparrow be killed offscreen in the Pirates of the Caribbean universe with a twist?