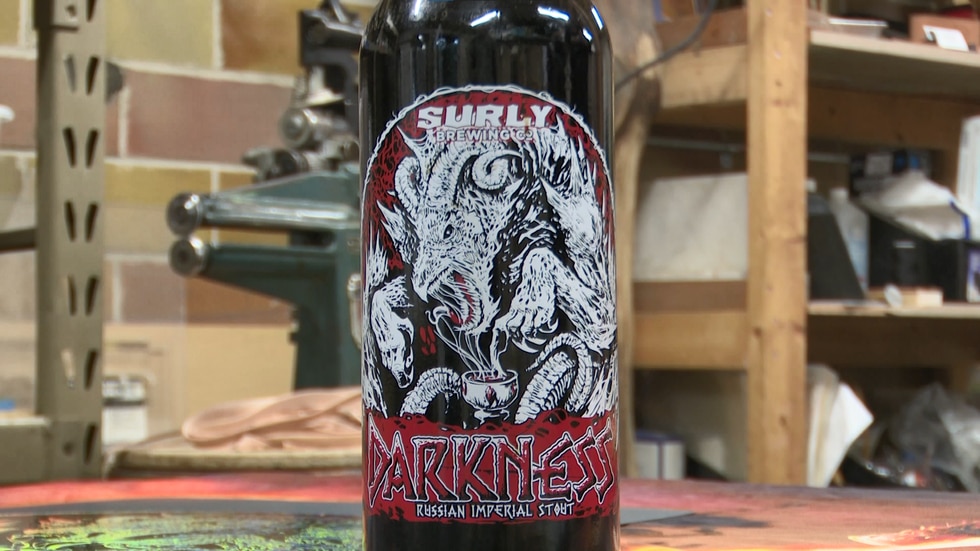 When Surly called Justin Bergo and asked if he would take the project, Bergo just couldn’t say no.

“I knew what was coming, but not really how much was going to come, and I was blown away,” he said. “It has been a fantastic thing to work with Surly and just like the show.”

Surly typically sees around 130 artist nominees each year, submitting their art via social media, but this year they only have 70. Of those 70, Bergo’s dark artwork stood out almost immediately.

Bergo had a long time to perfect his art form.

“I’ve been doing this stuff since I was six and I love it. Absolutely, I can’t get enough of the monsters and scary things.

He worked with Mankato MarkerSpace to bring his monstrous masterpieces to life.

The folks at MakerSpace have the utmost respect for Bergo and this collaboration.

“[Justin] is an amazing person, and he deserves this award. There is no one else who deserves this award more than I know of. We are happy to support it and we will try to continue to promote it and support Surly beer as well, ”said Cindy Bourne, president of the Minnesota Makers and Artist Guild.

This whole Darkness experience was on par with what Makerspace does for the spookiest time of year with their Halloween party.

“We’ll have Mike Munsen and we’ll have the end zone 51. Then we’ll have, in between, groups, we’ll have a karaoke night,” Bourne added.

Mankato Makerspace, the city of Mankato and southern Minnesota will be well represented with the art of the Bergo’s Darkness label.