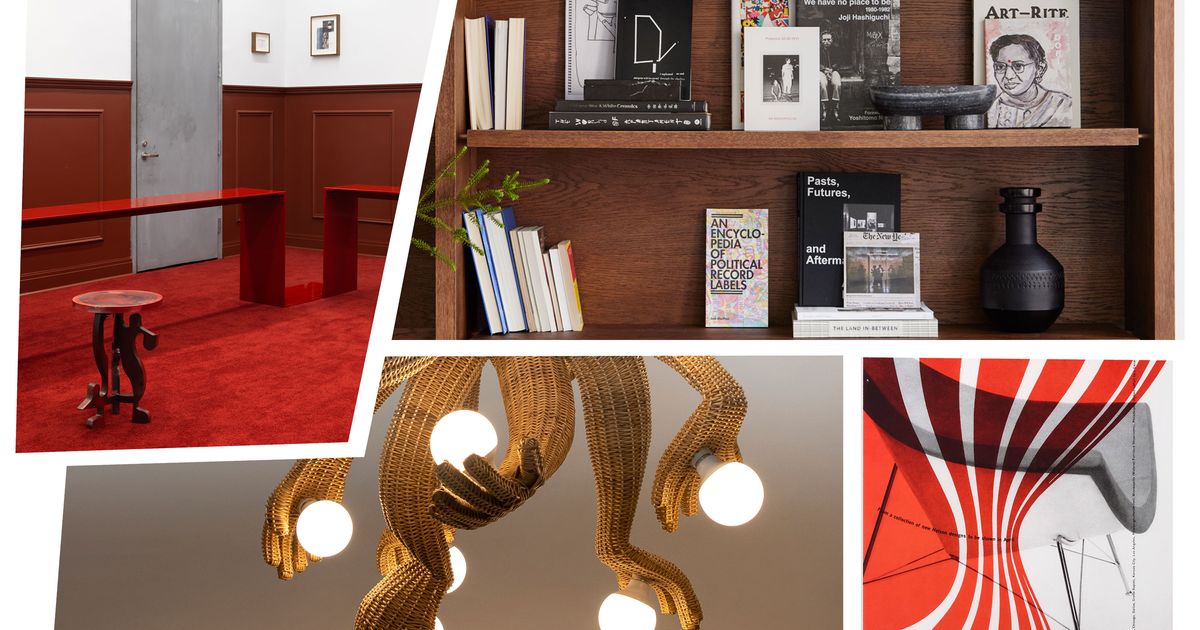 Every two weeks, I will collect and share objects, designers, news and events to know.

If you’re looking for an upgrade to your apartment’s artwork, Herman Miller has a few new things: The furniture company has reissued some of the biggest hits and deep cuts from its archive of mid-century promotional posters, including including Stephen Frykholm’s iconic Sweet Corn picnic poster and George Nelson’s abstract designs in contrasting colors. One of the posters I was excited to see in the mix is ​​Linda Powell’s 1979 ad for the Aeron chair – aka the Dot-Com throne and what I think is the best office chair ever – which offers examples of stretching to do while sitting. The educational element of the poster, which shows how much you can actually move while sitting in the Aeron, is marketing genius. After working from home on a stiff dining chair for a year and a half, I can’t wait to get back to the office and sit in one of the Aerons in the Curbed workspace.

Speaking of work: last week I took a look at the Malin, a new coworking space in Soho which is truly stunning. If the cult of coworking is over, coworking itself is not. People always need offices away from the monotony of the home – without the bossy side or the constant stream of community development events that often accompanied the most beautifully designed spaces. The space was co-founded by Ciaran McGuigan, who also runs Irish furniture brand Orior, and rooms come with plush velor sofas, solid oak desks, and artwork from David’s Platform site. Zwirner. Looks like the downtown loft that a creative agency could do. The monthly subscription is $ 750 for a dedicated office.

The Future Perfect design gallery presents a new exhibition of Chris Wolston’s work in its Los Angeles outpost. Wolston’s studio is in Medellin, but he found himself stranded in New York City during the pandemic. While Wolston awaited the reopening of Colombia’s borders, he stayed in New England and began designing this new collection reflecting on themes of escape, fantasy, and the difference between the natural world and Medellin. Like his previous furniture and lighting designs, he experiments with different materials and abstract shapes, but is also more surreal, like a sand-cast aluminum and wicker container that feels like shedding its metallic skin for reveal a woven substructure, or chandelier made up of more than a dozen twisted woven wicker arms holding light bulbs. The past two years have touched us all in deeply personal ways, and I’m delighted to see how the designers have translated this into their work. If the design is getting more unbridled, weird, and weird because of COVID, that’s what I’m all for.

East Village’s arts organization, Performance Space, has a new community space open to the public in its fourth-floor lobby, which includes free Wi-Fi, gender-neutral bathrooms, and elevator access. It’s a generous act to provide the city with a place where people can relax and sit without buying anything. To celebrate the launch of its Open Room program, Performance Space commissioned an installation from Nigerian-American artist Dozie Kanu. He covered all surfaces of the lobby in red tones – a vermilion rug, oxblood walls, long, narrow tables painted like fire trucks – and designed stools using industrial materials and objects found. If the color is disturbing, it is also warm and enveloping. Kanu wanted this to be the opposite of a sterile co-working space, and that’s for sure.

I’m drawn to artist Emily Oliveira’s new installation at Prospect Park Bandshell for her name alone: We are at a time that will be remembered as the start of the great change, because who can say when a wall is ready to fall?, which reads like a poem of deep optimism in the face of unpredictable change. Oliveira is influenced by writers like Ursula Le Guin and José Muñoz, and her mural, which takes up the riffs of José Clemente Orozco Prometheus, represents a strange utopia. The dreamlike scene painted in electric blue, orange, red and purple depicts characters in moments of celebration, joy and care – a vision as inspiring as it is radical to occupy such an important public space.