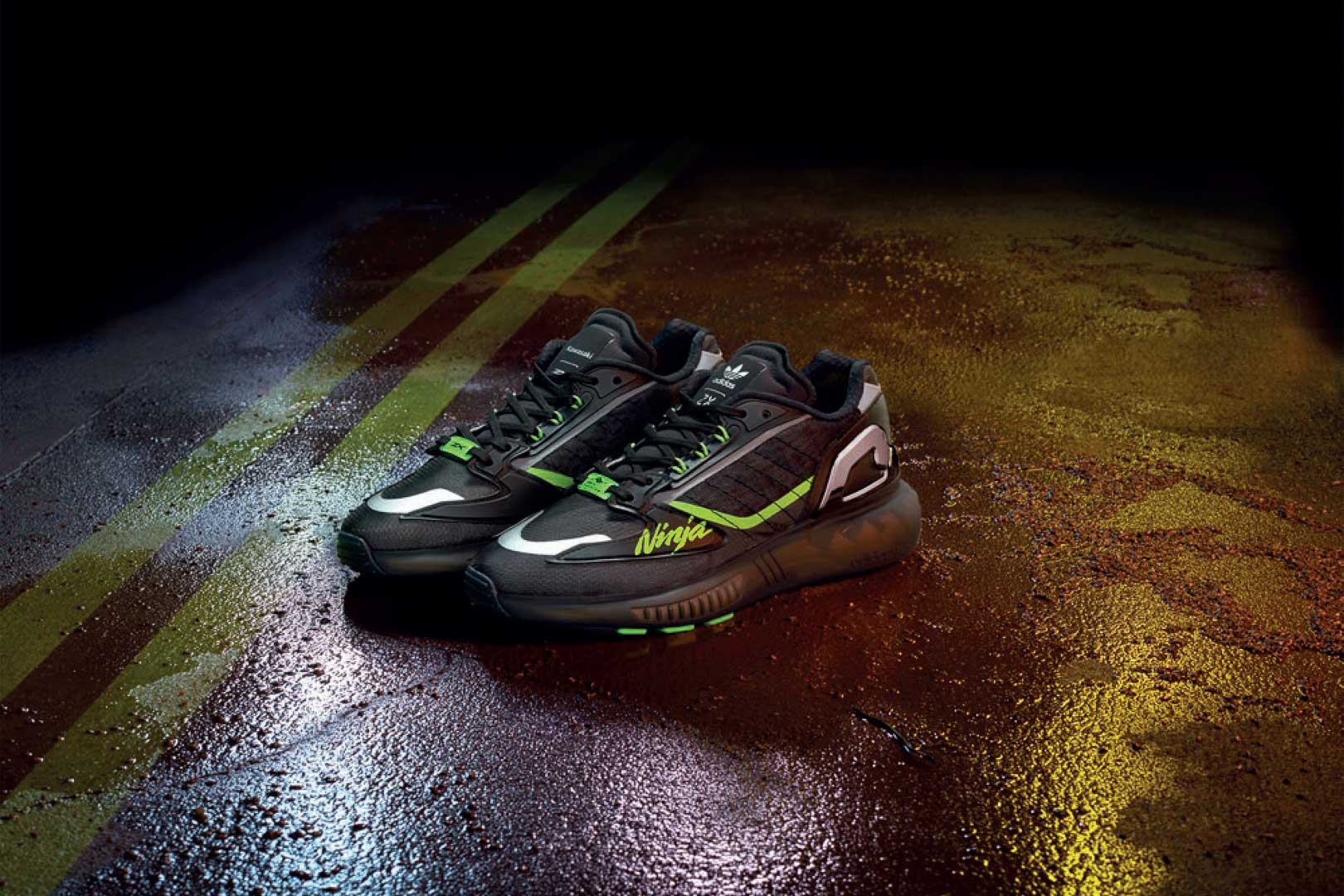 Adidas and Kawasaki do it again with the new Kawasaki ZX 5K Boost shoes from Adidas Originals. If you think the Trans-Pacific collaboration on non-technical footwear is something new, think again. Adidas’ first ZX sneaker dates back to 1984 when the ZX500 shoes appeared.

The new ZX 5K Boost shoes have a wide range of features. The upper and lining are made of textile, with a black TPU overlay, rubber outsole and Boost midsole. It is a lace closure design with Kawasaki green TPU eyelets for the laces, the laces featuring electroplated tips. It’s hard to miss the Ninja logos on the upper, the green streaks on the side and the black TPU badge with ZX logo on the bottom of the laces. There is also a semi-transparent ripstop upper in black. Although ninjas aren’t known for chrome, there is some shiny stuff on the heels – it’s known in the cobbler world as “shoe jewelry”.

Packaging is everything, of course, and the Kawasaki/Adidas shoes arrive in a custom box with a Kawasaki Ninja ZX-10R graphic. There’s always fabric with sneakers, and this one is no exception. However, to make the experience a little more memorable, the journal features a sketch of a Kawasaki motorcycle printed on it. You cannot sell a product without promotion. Insiders to Kawasaki and Adidas Originals tell us there will be an “evocative campaign film that pays homage to Japanese motorcycle culture by taking the viewer on an unexpected journey through the streets of the city,” according to a source. We cannot confirm which city the source refers to.

You will have to wait until April 14 to order the Kawasaki ZX 5K Boost. The shoes have an MSRP of $160 a pair, though we don’t know what sizes will be offered. The shoes will be available at Adidas Originals, as well as Kawasaki dealerships in the US, Canada, Australia, EU, Japan (naturally) and Thailand.