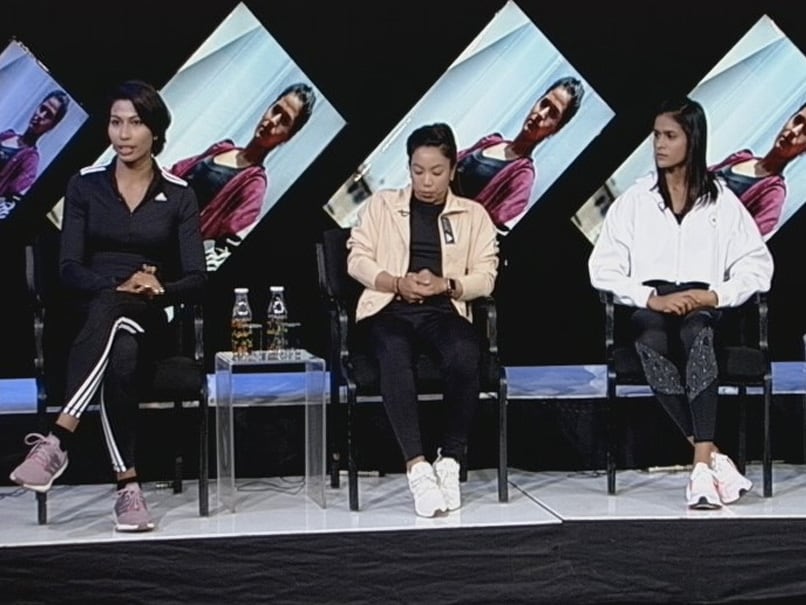 “Where there is a will, there is a way.” This proverb fits perfectly with Indian female athletes, who have made a splash in the field of sports, despite several obstacles. The year 2021 saw Indian female athletes lead the way as the contingent returned from Tokyo with their best performance ever at the Olympics. adidas aims to create new possibilities for women with its utmost commitment to innovation, athletes and future generations. This time, by inspiring the next generation of female athletes to continue pushing boundaries and fighting for change, by investing in grassroots programs. adidas with its “Impossible is Nothing” campaign aims to create new possibilities for women in sport. Tokyo Games winners Lovlina Borgohain and Mirabai Chanu were part of a special on NDTV, with future long jump star Shaili Singh and adidas’ Aparna Wahi, to talk about successful female athletes in the world scale despite several obstacles and to prove that “the impossible is nothing” for these sportswomen.

Mirabai Chanu, who won a silver medal in the women’s 49kg weightlifting event at the Tokyo Olympics, explained why she got into the sport and how she enlisted the help of truck drivers to go to his training center.

“I didn’t get into weightlifting to prove anything to anyone. I did it to help myself, the sport and my family grow. Nothing is impossible is a philosophy very important to us. It means that we can achieve almost anything we want.

“Anyway, I never gave up. I used to walk about 25 kilometers for my training. Since there were no buses or taxis from my house to the training center early in the morning , I used to ask for help from the trucks that used to commute on the road in front of my house starting at 4 a.m. These truckers would drop me off at my training center every day and it is the reason why I could train well,” said Mirabai, who is also a world champion and Commonwealth Games gold medalist.

Lovlina Borgohain, who became only the second Indian boxer after the legendary Mary Kom to win an Olympic medal, also spoke about her difficult journey to success.

“I had started with martial arts but I knew the sport of boxing. The sport was not as developed in the North East when I approached it. There were no facilities or I started in 2012 and there was no boxing facility.

“I had joined the sport with the dream of becoming an Olympian. At first it was difficult to stay away from home. I was told to train for 3-4 years, to participate in the Olympics and to come home. Even I was thinking about Doing that.

“But slowly I learned that it was possible to have a career in sport. I trained all day and believed that anything was possible because getting out of a small village and getting to where I was was also considered as impossible. I continue to believe that everything is possible and to see things positively,” said Borgohain, who won a bronze medal in Tokyo.

Shaili Singh, a promising long jumper, who won a silver medal at the U20 World Championships last year, also spoke about the obstacles she faced. Shaili, who trains with Indian long jumper Anju Bobby George, spoke of the sacrifices she and her mother made for her to succeed in the sport.

“There were problems early in life. My mother was struggling to run the house. She learned to sew to support the family and even my uncle helped out. When I showed interest in sports, at first it was difficult to buy shoes, so I ran barefoot.

“But my mother gave me strength in this phase. She used to tell me that I would have my shoes one day and even now she is my biggest inspiration,” Shaili said.

The German sportswear giant, adidas, has been supporting these athletes for several years and helping them achieve their dreams.

“At adidas, ‘Impossible is Nothing’ is an attitude. It’s something we live by and believe in. I’m in the moment right now. There are three incredible athletes sitting next to us and he couldn’t there is a better time to speak Through their own stories, we can see that they created possibilities for themselves.

“Their inspirational stories are what will drive change in society. Sport is our past, our present and our future and we truly believe that women are at the forefront right now,” said Aparna Wahi, Director of Development commercial at adidas, talking about the “Impossible is nothing” campaign.

Topics discussed in this article