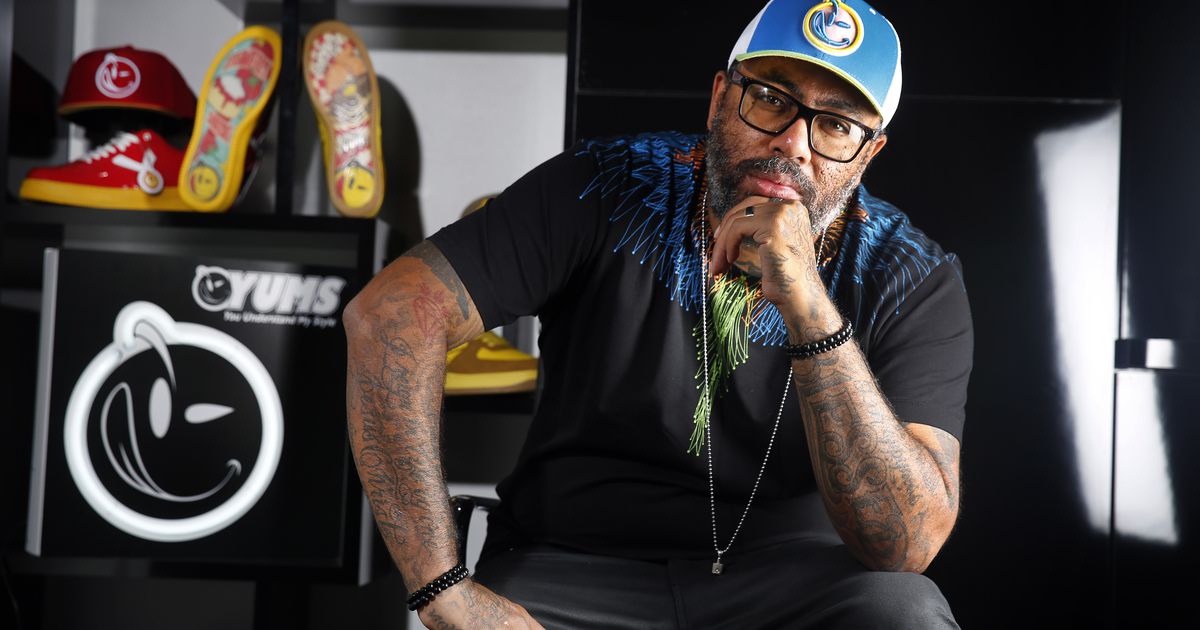 It was almost inevitable that Tex Moton would become an artist.

“This is how it is when art is in your genes,” he said.

Born in Pleasant Grove to artist parents, Moton became an early pioneer of the city’s graffiti scene in the 1990s before working on projects with brands like LIDS, Playboy and the Dallas Mavericks.

What was more unlikely was that the Dallas native would take on one of the world’s most powerful brands in the United States Supreme Court – and live to tell the story.

Moton is the founder and designer of YUMS, an Arlington-based streetwear brand first launched in 2007. YUMS – an acronym for You Understanding My Style – recently relaunched its iconic hat and shoe combinations after a recovery of eight years after a legal battle with Nike that went all the way to the highest court in the land, leaving the brand almost bankrupt.

From graffiti to sneakers

As a teenager growing up in Pleasant Grove in the early 1990s, Moton found himself drawn to the art of graffiti and the community of other young artists working in Dallas. The pre-internet era meant Moton and his fellow artists didn’t have a lot of credentials or resources, which led to the development of a different style from the tags that adorned New York City subway cars or the walls of New York City. Los Angeles – it was a Moton style described as uniquely Dallas.

“We were just smart kids,” Moton said. “We found our way through it and ended up being pretty good. “

Soon the art was good enough to turn children’s weekend entertainment into a series of more serious endeavors, leading to the formation of the Infinity Crew, one of Dallas’ first graffiti teams. Combining clean lines and bold colors, the art of Tex and the rest of Infinity Crew has become well known both in the Dallas street art community and beyond.

In his work with Infinity Crew, Moton continually reinvented what graffiti could be. Why not do the same for the shoes?

Self-proclaimed foodie, Moton remembers Dallas institutions like Gonzales Tex-Mex in Pleasant Grove and Elaine’s Jamaican Kitchen in South Dallas bringing a smile to his face with their delicious cuisine. Moton wanted to connect the initial excitement of receiving a new pair of sneakers with the thrill of opening a favorite snack or seeing a delicious meal arrive at the table.

Instead of focusing on traditional colourways, Moton’s line would focus on different flavors, combining fashion and food to create a new way for fans to relate to sneakers.

In 2007, Moton launched YUMS with its Sweet Series collection, which quickly became a success in the streetwear world. Each YUMS flavor features the brand’s signature see-through sole, which displays Tex-designed graffiti-inspired artwork that celebrates flavor inspiration.

“It really embodies that element that we’re expressing at that time, from rainbow sherbet and classic cupcake to mixed berry pie – it’s all really represented in the shoe itself,” said declared Moton.

Moton reaches out to pick up the brand’s all-new chicken and waffle flavor, displaying a red and white pattern on the sole of the shoe, reminiscent of classic checkered tablecloths at chicken houses. On the top of the shoe, the yellow represents a crispy, buttery waffle, and the beige suede is reminiscent of the texture of crispy fried chicken. (Moton’s Dallas go-to for chicken and waffles? Jonathon’s in Oak Cliff.)

Moton considered the marriage of fashion and food to be natural. “I’ve always found pleasure, happiness, and solace in certain foods, and I think a lot of people really identify with food and can connect with it,” he said.

Despite YUMS ‘early success, things haven’t always been smooth for the brand.

In July 2009, Nike sued Already LLC, the parent company of YUMS, alleging that the silhouette of the YUMS shoes violated the trademark of Nike’s popular Air Force 1 sneaker. Later that year, Already filed a counterclaim against Nike, arguing that Nike’s branding negatively affected YUMS’s ability to sell its shoes and attract investors. The counterclaim sought to invalidate Nike’s trademark for the shoe and to move the Air Force 1 trademark to the public domain.

“It’s difficult,” Moton said of the lawsuit. “Nike is a giant in this industry.”

Moton was a fan of classic Nike styles when he was growing up, but said the lawsuit was a devastating blow to him, as well as to Deja and YUMS. “It sucks to get attacked and told to burn all your shoes by someone you admire so much,” he said.

Fortunately, Nike backed down. While the lawsuit was ongoing, Nike sent a March 2010 letter to Deja promising a pledge not to prosecute, meaning Nike would not attempt to bring any further claims against YUMS for any of its products. . Nike decided to dismiss both its original claim and Already’s counterclaim, but Already appealed the dismissal of its claims to the United States Court of Appeals for the Second Circuit and continued to press for rejection of the Nike brand.

The district court and the appeals court both declared the counterclaim invalid because no “substantial controversy” remained, as Nike had promised not to bring any further lawsuits against Deja and YUMS under the commitment not to continue.

In January 2013, the Supreme Court upheld the lower court rulings, ruling unanimously in favor of Nike and ruling that the case was moot. In the court’s view, Chief Justice John Roberts wrote that it would be unlikely that YUMS could produce designs that would infringe Nike’s trademark and were not already protected by the pact.

“If such a shoe exists, the parties haven’t reported it, there’s no evidence Already ever dreamed of it, and we can’t design it,” Roberts wrote. “It sits, as far as we can tell, on a shelf between Dorothy’s ruby ​​slippers and Perseus’ winged sandals.”

Although the decision was in Nike’s favor, Moton and the YUMS team do not view the result as a loss.

“We’re just happy to be able to remake our shoes without being threatened by Nike,” Moton said.

YUMS isn’t the first streetwear brand to fall in Nike’s crosshairs. In March of this year, Nike sued Brooklyn-based MSCHF for its “Satan Shoes,” modified Nike Air Max 97s containing a drop of human blood and a pentagram and promoted by rapper Lil Nas X. ‘a settlement agreement. Along with Nike, MSCHF has agreed to offer refunds and accept returns of the 666 pairs of limited edition shoes, which sold online within a minute of launch.

While the vast legal battle meant that YUMS needed time to recover financially, Moton never stopped creating. In the years between the court ruling and the relaunch of YUMS, Moton continued his work as Creative Director of Arlington-based Deja Design Co., which designs apparel, accessories and digital media for clients. prominent, including LIDS, Playboy, Gas Monkey. Garage and Discovery Canal. Moton also continued to stay involved in the Dallas graffiti scene and worked on projects with local institutions like Dallas Love Field and the Dallas Mavericks.

Moton designed the City Edition 2019-20 Mavs jersey, celebrating Deep Ellum and the art culture that originally fueled his talent. While the graffiti is generally unrelated to Dallas, Moton says it is special recognition for those who have been a part of the city’s street art culture.

“It’s so rich for the people who are here and who grow up seeing it and being a part of it,” he said.

As the YUMS relaunch continues, Moton looks forward to a delicious – and hopefully lucrative – holiday season with new flavors inspired by familiar Thanksgiving and Christmas comfort foods. He attributes the survival of YUMS to the perseverance and commitment of his team members. Although he sees himself as the underdog, Moton’s life of innovation has prepared him well to persevere through difficult times.

“It’s great to be still standing after taking a few hits,” he said. “If you stay in something long enough, and believe it wholeheartedly, and keep moving forward, you’ll see the other side of things.”

Where to find YUMS

YUMS products can be purchased from the brand’s website at yumslife.com. The shoes from the YUMS 1 collection cost $ 125 and the hats $ 30. 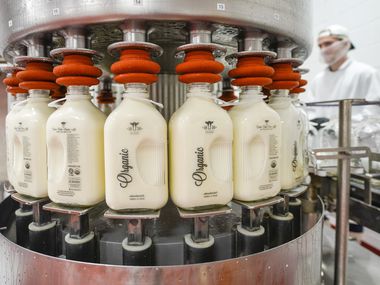 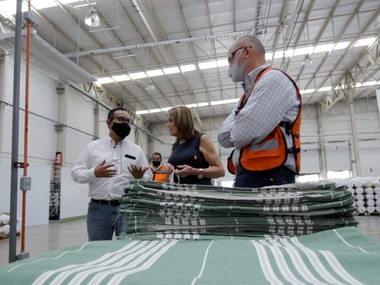